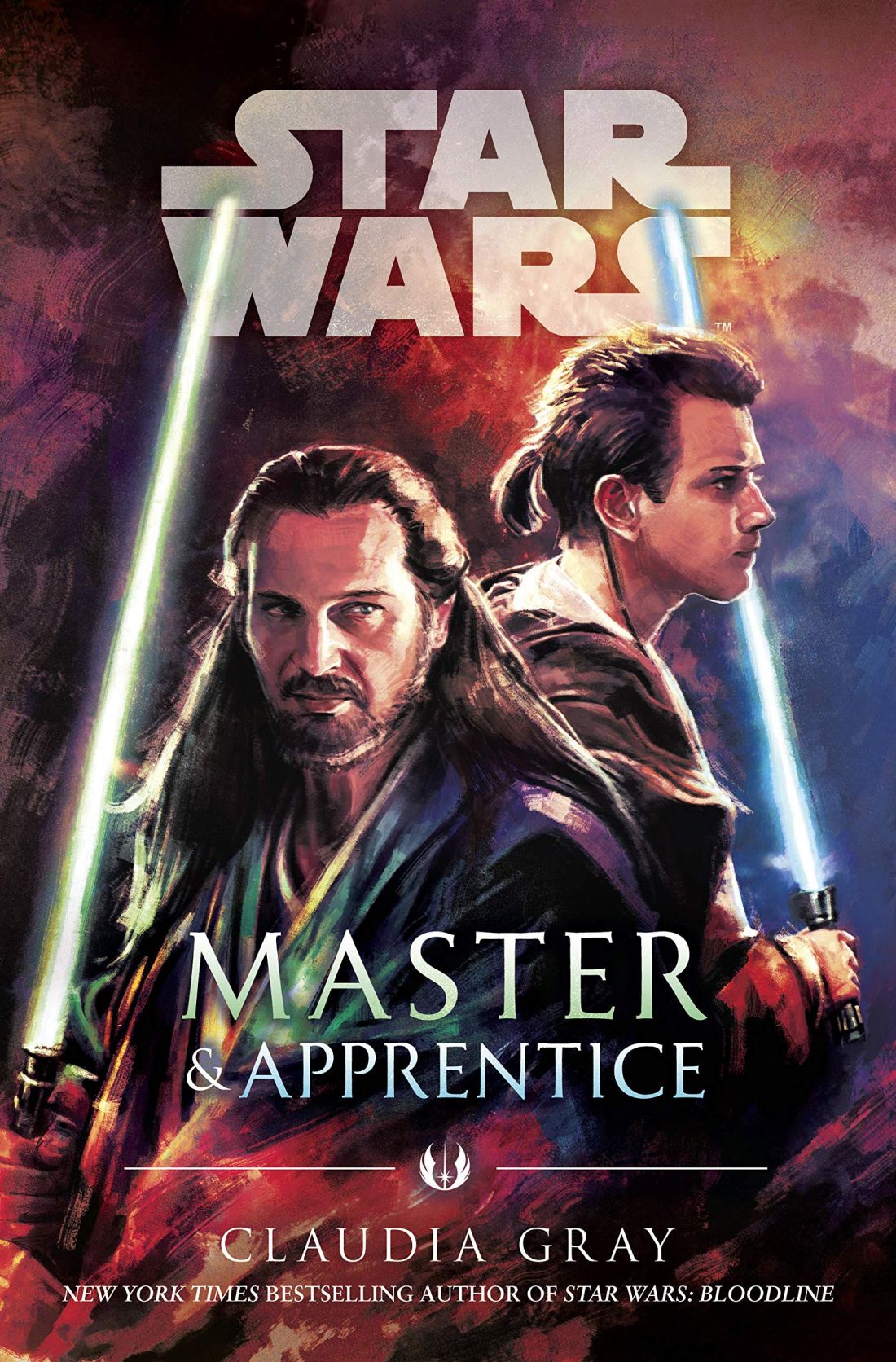 A long time ago, in a galaxy far, far away: Qui-gon Jinn is unorthodox by the standards of the Jedi, but when he and his padawan Obi-wan Kenobi are sent to work with an eccentric Jedi on a remote world, Qui-gon discovers that he may be closer to the Council than he could have imagined . . .

Even in the expansive old EU, Qui-gon Jinn was an enigma. Aside from a few children’s books, he didn’t really make much of an appearance beyond The Phantom Menace, and so Claudia Gray’s new novel is treading new ground. Add to that a long-absent examination of the ancient prophecies making Anakin the ‘chosen one’, and you have all the ingredients of a cracking novel. Although the timeline is still short of actual dates, Master & Apprentice marks the earliest the new canon books have gone, I would think around a few years before Episode 1.

In many ways, Master & Apprentice feels more like the prequel era than any other book I’ve read. Aside from references to Alderaan and Hosnian Prime, everything here is tied to the prequels. People talk about the young queen of Naboo, the Jedi are revered by many, and the Republic is an almost omnipresent force for good. It’s a far cry from the dystopia of the Empire’s tyranny, even if it is demonstarbly far from perfect. More than just references and feel, there’s some plot similarity. Qui-gon and Obi-wan are sent to a remote world to deal with an inexperienced queen and a devious trade group. But this is not the Seperatist movement that will one day blockade Naboo. This is Czerka.

The reappearnce of Czerka Corp. is one of the things that made me fall in love with this book. Ever since Knights of the Old Republic, I’ve been fascinated by this megacorproation that has as much influence as goverments, rivalling even the Republic itself in terms of sprawl. That’s a history and threat that’s alluded to often here. Indeed, Czerka is so powerful it can ’employ’ slaves even within the borders of the Republic.

In terms of plot, it’s a fairly simple affair: a treaty that needs to be signed while a mysterious group oppose it with acts of terrorism and assassination. Though for all its simplicity, it still kept me guessing with its twists. But the plot is largely playing second fiddle to the emotional struggles of Master Jinn. Caught between his desire to do right by the Galaxy, and the needs of the Jedi order, we follow him down the rabbit hole of prophecy and visions. The exact nature of the prophecy he believes has never been delved into before, and there are some great explorations here.

One of the things about tie-in fiction, is that the charcters often have known voices and faces. Gray’s writing is always evocative, but it’s in her characterisation of Qui-gon and his erstwile master Count Dooku (seen in flashbacks) that she really shines. Liam Neeson and Christopher Lee both made the roles their own, and it’s to the credit of both actors and writer that every word written genuinely feels as though it could have come from their mouths.

So if you’re looking for more adventures from one of the most interesting Jedi on screen, or if you want a book that delves into the mysteries of the force, this is one you cannot afford to miss.