-Hold up! This is a sequel. Find my reviews of Red Rising, Golden Son, Morning Star, and Iron Gold by clicking on the links- 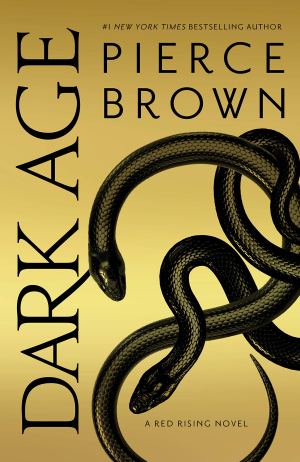 The solar system is at war. Darrow and Virginia struggle to hold on to the new world they have built, but danger lurks everywhere, and no one is safe. And the greatest threats may not be the ones you see coming . . .

It’s not often that I give up on a series halfway through. As a general rule, if I enjoy book one, I’ll finish the whole thing even if it dips in quality afterwards. That’s why I stuck with the Honorverse after a rough patch, and that has largely paid off for me. It’s also why, if I’m hesitant about a book one, I tend not to read further. dropping a series after a single volume is no big deal. But once I’ve made it through two, I fall immediately for the sunk cost fallacy. I like to see things through to the end. But in the case of Red Rising, I’ll be making a rare exception.

Red Rising and Golden Son were fun, light reading. But they had a lot of problems. While I enjoyed the story, I don’t get on with Pierce Brown’s writing. At this stage I was willing to forgive a fair bit of difference in taste. There is a lot of hype around this series sin multiple online communities, who assured me it was all uphill from there. But it didn’t, and when Morning Star rolled around, I was less tolerant. Iron Gold only doubled down on the things I didn’t like about the series. Unfortunately, I let the hype get to me. For a price of less than £20, I started my Red Rising journey by buying all five currently published books as a bundled set. That was a mistake on my part. The sunk cost fallacy kicked in, and I was stuck with them.

These are not bad books. Not at all. Brown has a massive audience, and knows exactly what they want. What they want is death and mayhem, delivered as soon as possible. But for me, there’s too much of a disconnect between the content of the writing, and the style with which it is delivered. There’s an edginess to everything that I don’t gel with. Red Rising can eat people’s hearts and nail babies to trees, but I’m just not interested. All it does is remind me of some of the more annoying people I’ve played Dungeons and Dragons with, who confuse darkness and violence for interesting content. I look at these books, and I just shrug. Sure it’s dark. But the darkness serves no discernible purpose.

Credit where it is due, Brown is great at action scenes. When the Iron Rain falls, you feel it in your bones. even if I don’t appreciate the violence and bloody gore, it is written palpably. Brown’s writing is direct and visceral. Personally I don’t think Dark Age merits it’s sturdy page count, but if you want action, Brown will deliver it in bulk. if you’ve enjoyed the series so far, you’ll love this fifth offering. Everything is dialled up a notch, pushed as far as it can go.

The Red Rising saga is one I won’t be continuing with. But it has taught me a lot about the risks of hype, and over-investing in an unknown (to me) author. Will I be more cautious in future? Well, probably not. But that’s on me.

One response to “BOOK REVIEW: Dark Age, by Pierce Brown”