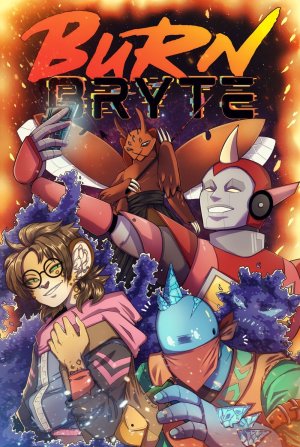 I’ve been using Roll20 to run my RPGs for the past two and a half years, racking up around a thousand hours of actual game time. That’s about a fifty-fifty split between my homebrew SF systems and Dungeons & Dragons 5th Edition. It’s a great tool for GMs who can’t meet up with their players in person, complete with digital dice, detailed maps and artwork. I’ve sunk a lot of time and money into Roll20, and none of it feels wasted. So you can imagine how excited I was when I stumbled across the news that Roll20 was developing their own original RPG.

First of all, this is value for money. For around £45, you can get the full rulebook, an introductory adventure, and a handful of maps. The latter work best if you have the dynamic lighting subscription, but that is by no means essential. As you can expect, this is an RPG that takes full advantage of Roll20’s unique features. If you were playing at a table, having 35+ dice per player nearby would be unwieldy, but in a digital setting this is much easier to manage. I haven’t had a chance to run a full session yet, but I have layed around with some of the features, and most of it is highly intuitive.

The base setting for Burn Bryte is the last Galaxy in the universe. At the end of time, the universe is burning up until only this dwindling corner still remains. There are no humans around, but there are eight original species to choose from, ranginging from robots and cat people to insect swarms with a hive mind and sentient slugs.  Each species has it’s own artwork to really give you a sense of the world. If you’re a fan of the wacky species you can make in Stellaris, you’ll feel right at home here. As well as species, you also choose a culture to have grown up in. This is basically the planet you were born on, and each gives mechanical bonuses. You can also choose a number of special abilities, some of which are only available to certain cultures or species.

The core mechanic of Burn Bryte is the part that takes the most work. There are various skills from Skulduggery and Streetwise to Computers and Melee. In each, you start with a pool of D4s. At creatin, you can increase a D4 to a D6, a D6 to a D8, a D8 to a D10, and a D10 to a D12. It’s dice pool based gaming with a twist, and all dice in a pool have the same number of sides. Each task has a challenge rating between 2 and 7, which dictates how many dice you need to roll. So if you have D6 in Skullduggery and the challenge is 4, you would roll 4D6. The goal is to avoid rolling doubles. Any double fails the check, whereas no doubles is a pass. It takes a little getting used to, but it’s quite simple once you get the hang of it. The game also gives players free choice in what skill to roll for any given task, provide dthey can justify their choice. So getting through a locked door could be a Computers, lockpicking or even a Melee roll. This ensures that play doesn’t gring to a halt due to a lack of skill.

My favourite part, however, is the Story Path element of character creation. You choose a five-act story to embark on, and gain bonuses for completing each act. When you complete the whole story, you simply choose another one. It’s a great mechanic for a players who want concrete goals, and a handy helper for the GM when planning sessions. On the whole, Burn Bryte balances mechanical gaming with a strong story focus. of course, I haven’t seen it in play yet, but I very much like what I’ve seen so far. It’s a game that looks easy to just pick up and play, rather than one that takes hours just to make a character.

Overall, I am very impressed with Burn Bryte from the brief look I’ve taken. Clean mechanics, strong storytelling options, and very accessible. Hopefully Roll20 will be supporting this with more add-ons for years to come.