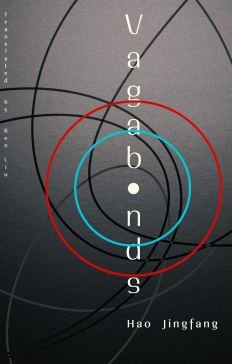 Earth and Mars. Two planets with a shared history, but very different visions of the future. Returning from an exchange trip to Earth, a group of Martian students comes home. The world they left has changed, but perhaps not as much as the sudents themselves . . .

Once again, Head of Zeus have absolutely knocked it out of the park in the field of translated SF. Their output has impressed me so much that I now pick up their Chinese-to-English translations without paying much attanetion to the sort of book I’m getting, and it is really paying off for me.

On the surface, Vagabonds looks simple. A group of young adults who have spent the past five years on Earth return home to Mars, only to find that their experiences have changed them. As the old saying goes, ‘You can’t go home again.’ But right from the start there is so much more going on here. This is a work of Social SF the likes of which I haven’t encountered in the English language. In a way, it’s almost old-fashioned. The long conversations on the nature civilisation are reminiscent of Asimov at his finest. There are times when the characters feel like mouthpieces for ideas rather than fully fleshed out humans, but in a way that I really like. This isn’t a one-sided political manifesto disguised as a novel, don’t worry. This is a slow and thoughtful meditation on the balance between society and individual. Every word is well-placed and serves a purpose. It’s simply amazing.

Ken Liu’s translation really helps move things along. His writing is always clear, often lyrical, but no matter how stunning the prose, it never gets in the way of the story. he writes with a clarity that works brilliantly for this sort of story, while still catching the spirit of the original. Having read Liu’s translations of novel-length work from four authors, as well as his original works, I am astounded at how versatile his writing is. I can’t speak to any of the original Chinese prose, but each work he translates retains its own individual character.

Though the focus is very much on the political and social side of things, Vagabonds brings a strong vein of Hard SF to the genre. Set around two centuries into the future, both the future Earth and the colonised Mars are vividly depicted. The growing role of media in politics is reflected in Earth’s scenes, but with holograms and virtual reality taking centre-stage. The inhospitability of Mars strikes a stark contrast to all this, with everything being carfully planned and controlled.

Vagabonds is a book with a lot to say about a lot of things,  but never at the expense of telling an interesting story. It has intrigue, heartbreak, violence and romace, all wrapped up in some of the best SF I’ve read this year. Hopefully this is just the first of many Hao Jingfang books headed to the Anglophone world, because I already want more.

One thought on “BOOK REVIEW: Vagabonds, by Hao Jingfang”